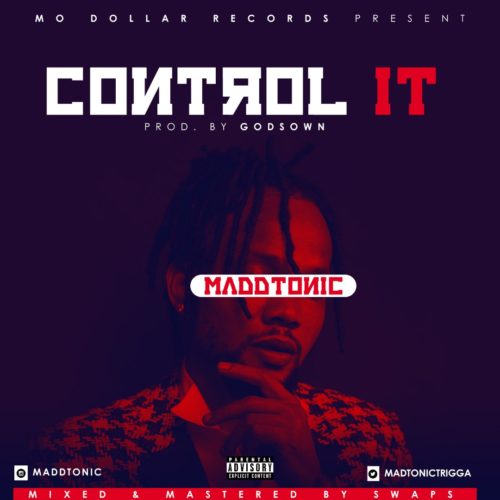 Since the release of “Nice N Slow” which rocked the Nigerian airwaves and parties, afro-dance-hall artist Madd Tonic has maintained a unique presence on the music scene.

He recently made a remarkable contribution to M.I Abaga’s “Rendezvous” album where he featured on the track titled “Sunrise” which significantly garnered him new fans and has sparked a quest in the hearts and ears of fans and listeners who have since been declaring their craving for a new single from Madd Tonic.

With this concern, Mo’Dollar Records signee, Madd Tonic is out with a brand new hot single titled “Control It”. This has got to be the smash hit that will shoot Madd Tonic to the top of the game.