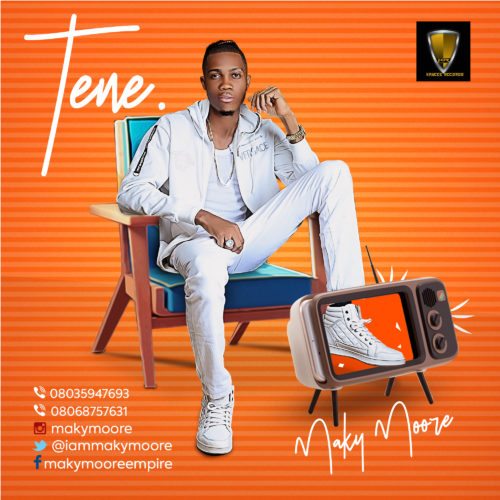 Muoneme Ifeanyi Makuachukwu aka Maky Moore is an exceptional musical talent, signed to england based label Kaycee Records, Maky Moore was born in the early ’90s into the family of Mr and Mrs Lambert Muoneme. He hails from Aniocha LGA in Anambra state, had both his primary and secondary education in Onitsha, Anambra State after which he proceeded to tertiary institution, obtaining a B. Sc in Economics from Abia State University (ABSU), Uturu.

Maky Moore’s love for music started at a very young age. He grew up listening to tunes from the likes of Michael Jackson, Coolio, LL Cool J, Maria Carey, Usher, etc. But his art was more influenced by some notable foreign and Nigerian contemporary artists like Chris Brown, TY Dollar $ign and Meek Mill. While the Nigerian artists most of which he idolizes linclude Fela, 2Face, Onyeka Oweni, Psquare, Wizkid, etc.

His musical journey started proper in 2014 when he made up his mind to take it up as a career, and ever since he’s been on the rise. He was signed into Kaycee Records in 2018.

Enjoy “TENE” by Maky Moore His First Single Under Kaycee Records Produced by K-BEAT and Mixed & Mastered by INDOMIX.
Enjoy,Share,Comment and Download.