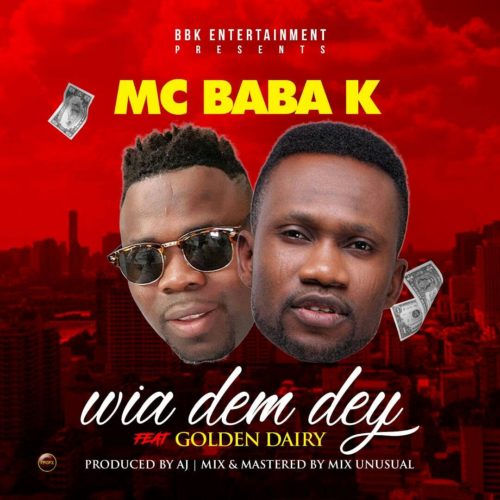 After the successful release of his debut single, Naija EU based multitalented Entertainer Mc baba k comes with the Audio and Viral Video release of another Monster hit WIA DEM DEY ft another Gifted artiste, Golden Dairy.
WIA DEM DEY is a song that will motivate everyone working hard.
This song is the new hustlers anthem.