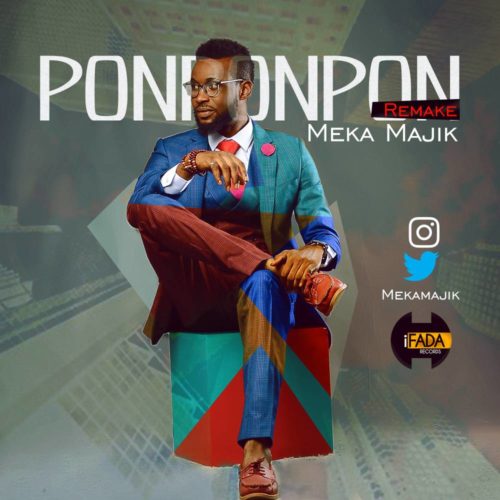 We are pleased to introduce you to this phenomenal experiment created by the sensational Meka Majik.

After releasing ‘Dance With You’ last year, Meka Majik has returned with something that will go down Memory lane as one of the most unique sound of 2018.
Following late rapper, Dagrin’s death in April 2010, PonPonPon became one of the biggest hit songs ever made in Nigeria. It’s been 8 years since the shocking death of the ‘Erikina’ as he’s fondly called and now Meka Majik has awakened the spirit of Nigeria’s most respected indigenous rapper of all time; Dagrin with this PONPONPON (Remake).
Dagrin did blow our minds with the original song but we strongly believe Meka Majik will explode our minds with his version of this song. This compelling remake of PONPONPON was produced by Lush while the visuals was directed by the brilliant Ifektive. In good remembrance of Dagrin, we’ll be dropping the song on Monday April 23 which is the day the rap legend passed on.
Listen to this beautiful tune, listen again, watch the creative video, watch it again, then share with as many people as possible.
DOWNLOAD MP3
Watch video below