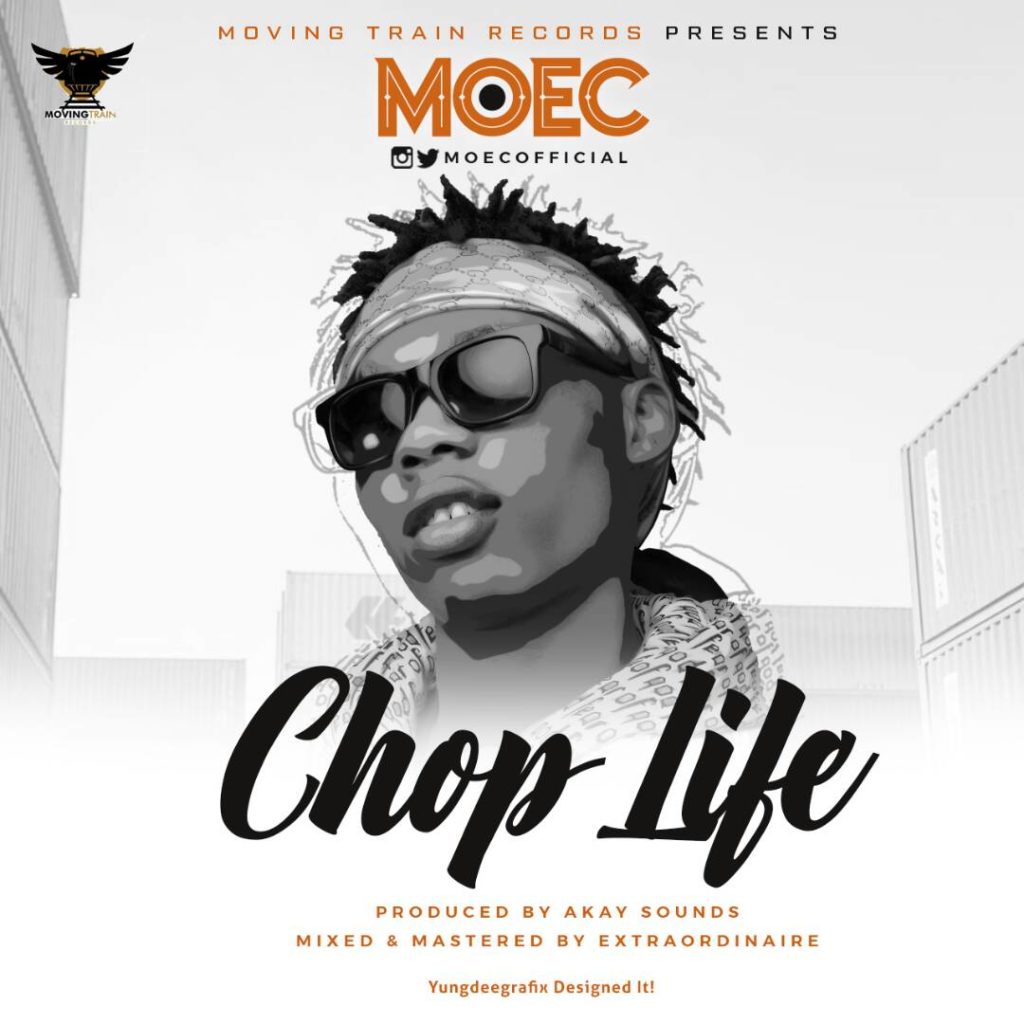 After the October 2017 release of “AMEN”which gained massive airplay across radio stations in Nigeria,
MOVING TRAIN RECORDS artiste MOEC dishes out this new tune titled CHOPLIFE which was  produced by Akay Sounds and was mixed and mastered by Extraodinaire.
CHOPLIFE is the new anthem on a Shaku Shaku protein dance.
Listen and Download.