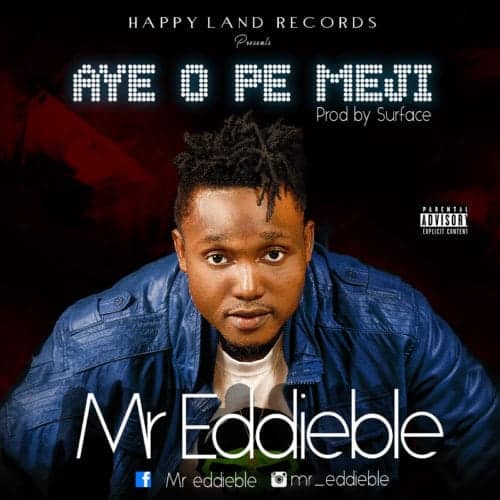 Edwin Agbo Urrah ‘Mr. Eddieble’ is a Benue born who hails from Utonkon in Ado L.G.A. He did his primary and secondary school at Otukpo. He later bagged a BSc in Politics and International Relations at the University of Esep Le Beger in Benin Republic, and later went for his masters degree. He was fourtunately introduced to Mr Frank Airoboyi who happens to be the CEO of Happy Land Records, he listened to what he got and they went down to business and Mr Eddieble got signed under Happy Land Records.

Mr Eddieble is an Afro-pop singer and rapper based in Port Harcourt. “Aye O Pe Meji” is a dance hall tune with South African vibe. The song was produced, mixed and mastered by Surfacebeat.