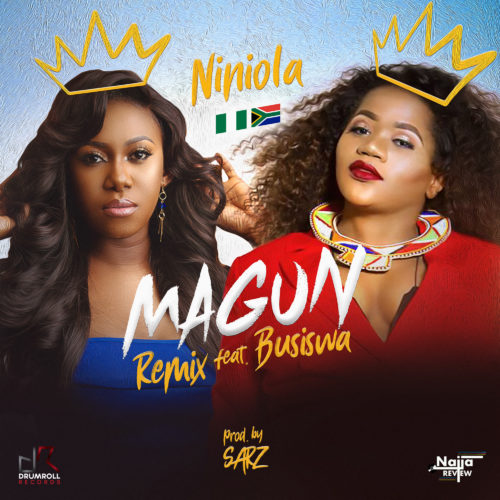 It is obvious the Queen Of Afro-House has no intentions of slowing down as she continues to drop HIT records. NINIOLA who was recently nominated in the Best African Artist Album category at the South Africa Music Awards 2018, continues to have a great year as she calls upon one of South African’s finest act and Queen BUSISWA on the remix of her latest hit, “MAGUN“.

They both jump on the SARZ produced beat and deliver what will be termed a perfect remix.

Queens in their respective genres, Ninola and Busiswa both compliment each other on this song. The song was premiered on METRO FM South Africa, and has already seen its first performance on the SuperSport Show “Thursday Nite Live With MARAWA”.

So sit back and enjoy as they both take us from Mzansi to Naija…MAGUN REMIX!!!