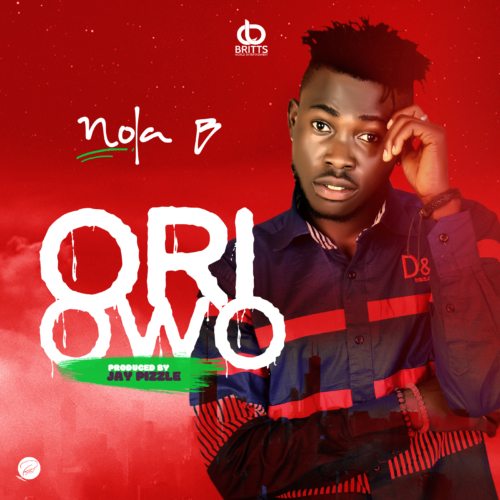 NOLA.B of PureBoiz is amongst the new breed of artists who are ready to make Nigerians begin to listen to subtle genre or alternative music, the Boys (PureBoiz) have unique African style of RnB/Dancehall Music.They have music with good lyrical content .

Britts World Entertainment & Nola.B is thrilled to announce the release of the latest debut single from ”NOLA.B” ( ORI OWO )

After releasing Six debut singles together as a group ( PureBoiz ) such as: Pure Angel, My Lover, Bombay, Lielie Love, Roc Da Party and Bombay Remix Ft Skales the duos have decided to come out with their individual singles to introduce themselves to their fans by their stage names starting with NOLA.B

Nola.B is the lead singer of the group ( PureBoiz ). He is here with his hit single titled ( ORI OWO )

ORI OWO is a Yoruba word which means Head Of Money.

Nola.B gave us a prayer with this single saying God let your grace help my head to make money, Let my head be successful, let my head make money like Dangote, Otedola, etc