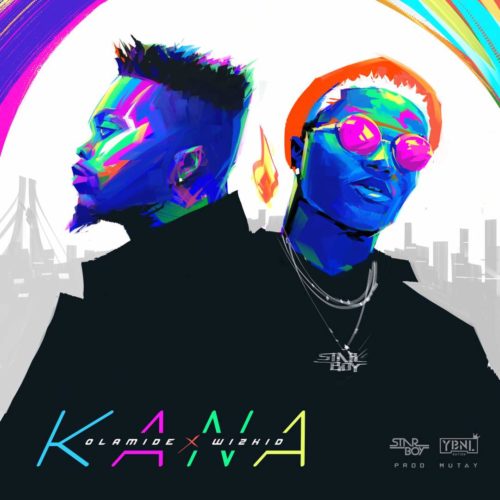 “Kana” which is produced by one half of the Legundary Beatz duo Mutay has Olamide and Wizkid talk about taking care of the woman they love and care about, giving her the best of everything they can afford.

After their first collaboration in 2011 titled Omo To Shan, both acts have furthered their relationship by featuring on other tracks together and taking the bromance higher, Olamide and Wizkid collaborate on yet another banger titled Kana. The musical chemistry between two of Nigeria’s biggest stars is definitely here to stay.