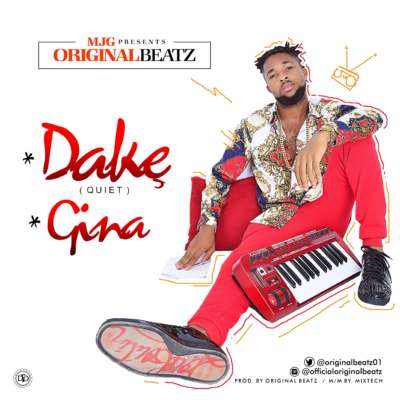 Yalokwu Charles popularly known as Original Beatz drops two of his debut singles,’Dake’ meaning Quiet and ‘Gina’,  these are songs from his forthcoming Ep album titled “HARD BUT FOUND A WAY”, which is yet to be released, both songs were produced by Original beatz, Mixed and mastered by Mixtech.

Dake(quiet) and Gina are great songs, nice tune and would definitely make you move your body without being told to.watch out for Original Beatz,he is the next big thing to hit the industry.follow on IG- @original.beatz twitter- @originalbeatz01