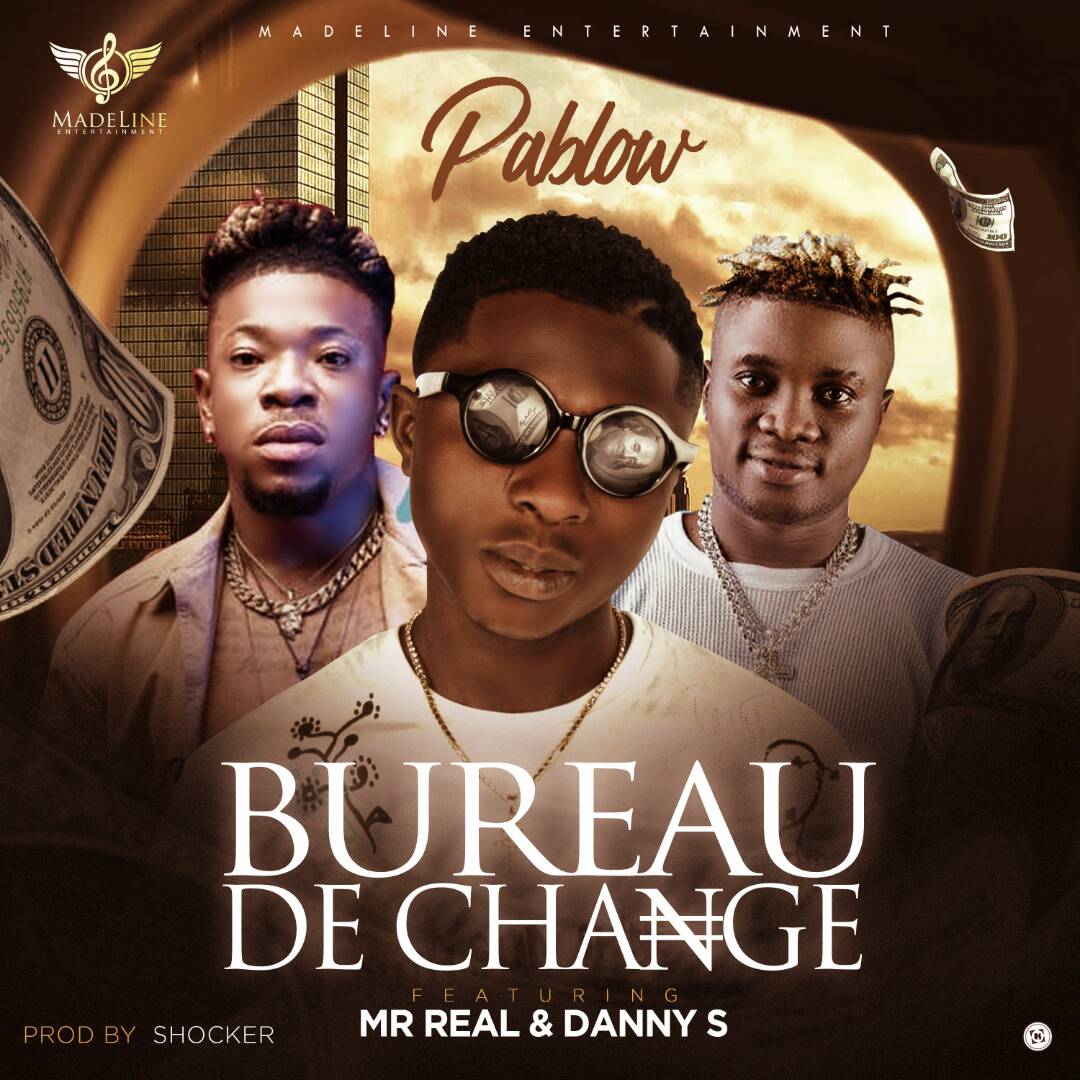 Pablow started singing at the very young age of 11 and he is currently signed under Madeline Entertainment. He is premiering his first single under the label with “Bureau De Change” featuring Mr Real & Danny S. Song produced & mastered by Shocker.

It’s a Shaku Shaku infected song and it’s as a result of it’s trending prowess.

This one will definitely become a STREET ANTHEM once it hits the street.