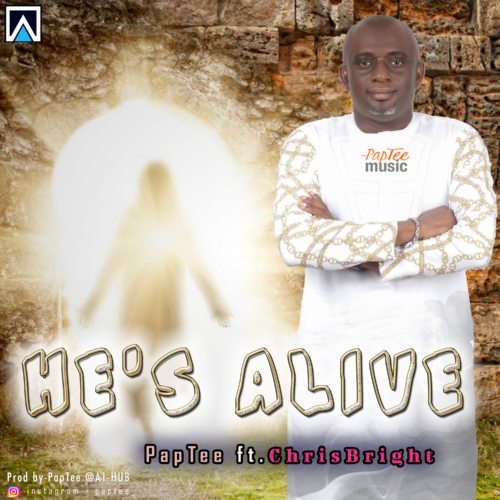 He’s Alive starring PapTee features ChrisBright and was produced by PapTee, The beat was made by Mo’kiz. The greatest event that the world has ever experienced is the resurrection of Jesus; it is a power transfer which marks the end of the reign of the devil (Matthew 28:18).

There is no power on earth that can compare to the power of resurrection that’s why medical, technological, scientifically abilities cannot bring dead men to life. He is alive! And because He is alive, His power is able to change our position; to bring us out of any physical, social or financial grave.

Resurrection is not an event it is a person – Jesus (John 11:25). If you see it as an event, you will be full of ceremonies without effect or something to show for it. I have experienced this power severally in different areas of my life when I’m wiling to embrace it and put it to work. I encourage everyone with this song to give it a try; when we have a personal revelation of his resurrection our life becomes colourful.