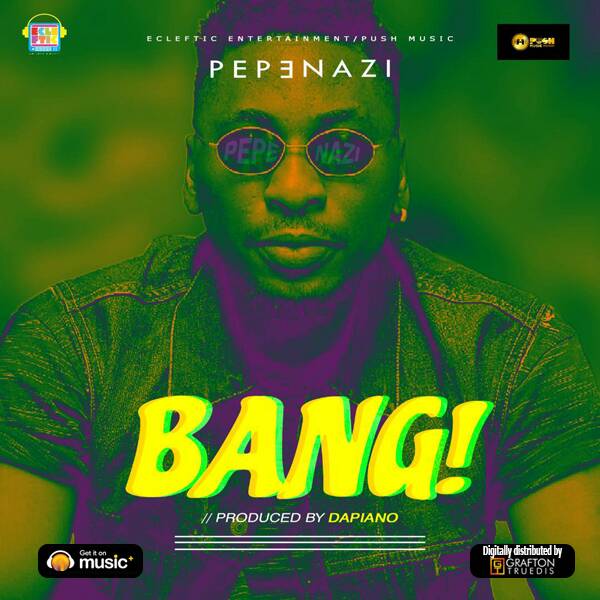 After making his debut into the Nigerian Music Industry in 2012 when he dropped his single titled Arose produced by Bam Tunes, Opeyemi Gbenga Kayode popularly known as Pepenazi keeps the form going with his consitent release of good music.

He begins his 2018 campaign with this new offering titled “Bang” which is produced by Dapiano with the mix and mastering done by BBank.

Certainly, Ecleftic Entertainment/Push Music signed act is bout’ taking us on a journey to the world of good music. Stay hooked as we expect more releases from the singer this year.

Afro-beat with the bang

E be like Femi Kuti with the bang (bang)

So tell the DJ bring it back (bang)