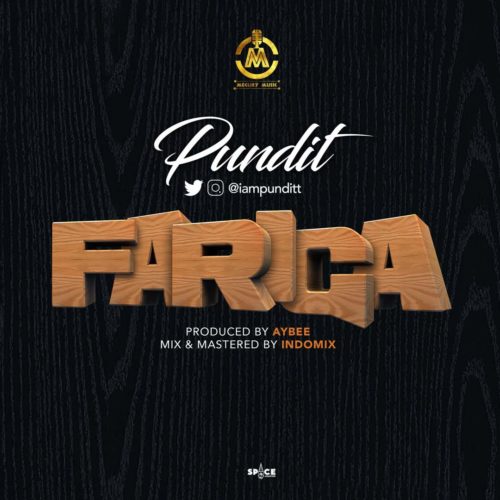 Born Akinlotan Adetola, better known by stage name Pundit, he’s a Nigerian singer, songwriter and performer. He is a graduate of Yaba College of technology. He started music at a very tender age, Pundit released his first single “feeling me” with a video in Dec. 2011, directed by Akin Alabi the song enjoyed massive airplay across the country followed by singles knack am, kelegbe and another single same thing in 2016 which has a video, directed by Avalon Okpe, the song also enjoyed massive airplay.

Pundit has worked with artiste such as w4, Rayce, David Grey, amongst others. He has been busy working on new electrifying sounds for the listening pleasure of his fans home and in diaspora. Here is fariga another massive tune you all should watch out for produced by Aybee.