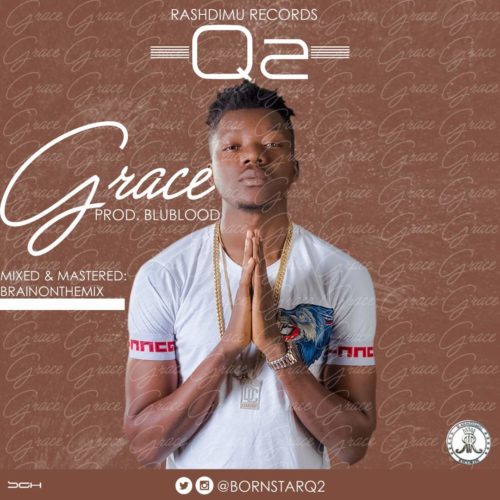 Rashdimu Records signed act Ogunleye Gbolahan Quadri aka BornstarQ2 is an Afro-trance artist whose style of music is versatile and dynamic.He caught the ears of music pundits in 2017 with his first single GIMMIE SOME LUV. The acceptance has given birth to another Legendary song named GRACE which talks about our daily activities as human and how the Grace of God can smoothen the human journey in life without much labour.
The video was shot in South Africa and directed by Directa @Rashdimu. audio produced by blubood, M&M by BRAINONTHEMIX
Q2 aka bornstar Q2 @bornstarq2 is name that would be here for a long time.
DOWNLOAD MP3
Stream video below