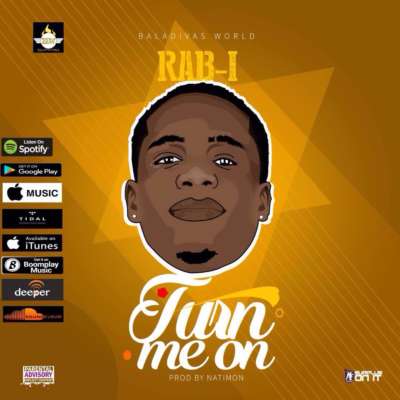 After taking a break from the music industry for a while due to study and following his previously the hit single featuring Ruffcoin.

Rab-i  returns with another hit song titled TURN ME ON an Afro-pop sound, Rab-i who was a former signed  recording artist of EMINENT Entertainment, now signed to BALADIVAS WORLD stumps the yard with this mind blowing melody to make his first official single for the label.

The post [Song] Rab-i – “Turn Me On” (Prod. Natimon) appeared first on tooXclusive.