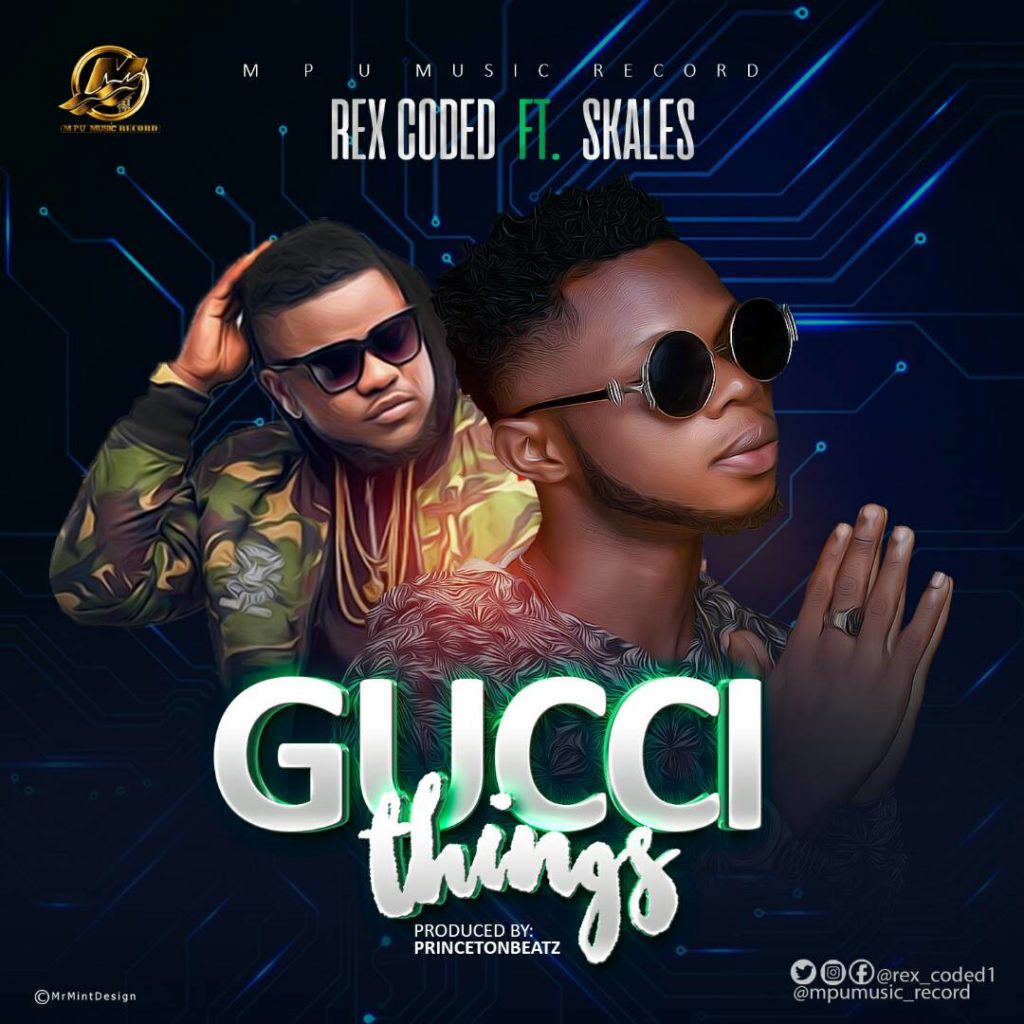 Rex Coded is one of the finest rising star after the release of his first official single titled “Olele” which took over Naija music industry with his sensational melody and lyrics. It wasn’t a disbelief that he thrived to bag his combo awards at the 2016 Paradise Music Festival Awards, winning the Song of the year and Best video of the year.

With an outstanding Music concept skills and Lyrics, the Afropop artist after the release of his latest hit banger track “KAKA” alongside with its visuals under MPU Music Records is still getting credits in the industry.

His new song is about to set the music industry on fire again titled “Gucci Things” featuring one of naija music industry top act Skales of Baseline Records.

No doubt Rex Coded is here to feed the industry with good music. He promised to be the best act in Nigeria by 2019.
Download Rex coded featuring Skales and enjoy.