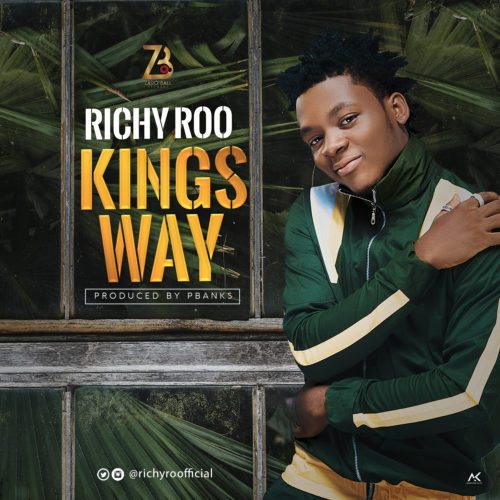 Zaroball Records is thrilled to announce the release of the debut single from its newest signee, Richy Roo titled “KINGSWAY” which is available for streaming and downloads on the digital market.  Richy Roo, a young vibrant and versatile maverick, uses his sonorous voice to create a fantastic Afro-pop sound which certainly would be on repeat on your playlist. With a skillfully blended voice and tune, Richy Roo creates a seamless flow that would get fans dancing.
Kingsway is just a step in a promising career. Richy Roo’s incredible talent and positive energy combine to make him one to be on the look for. This single was produced by PBanks.  As a label, we are extremely glad to release this huge talent to the Nigerian audience.