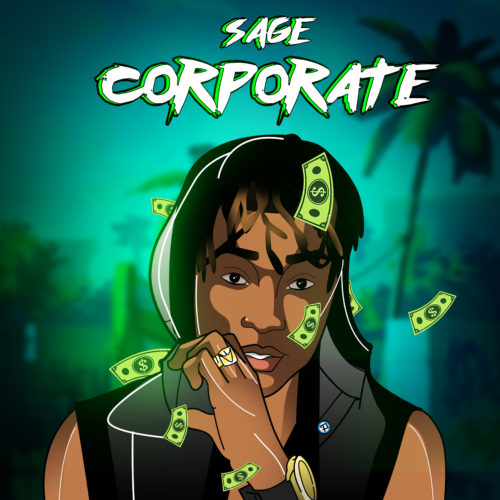 After the release of well-received ‘COME’, Robert Obo Etura popularly know with the Stage Name SAGE returns with a New Record titled ‘CORPORATE’. On this track, the Afro Singer known for his distinct sound, showcasing his style in its full prowess. Delivering melodious vibe on the OD JAY and ELMORE collaborative produced track, which sheds light on the young artiste’s versatility in his sound and looks.