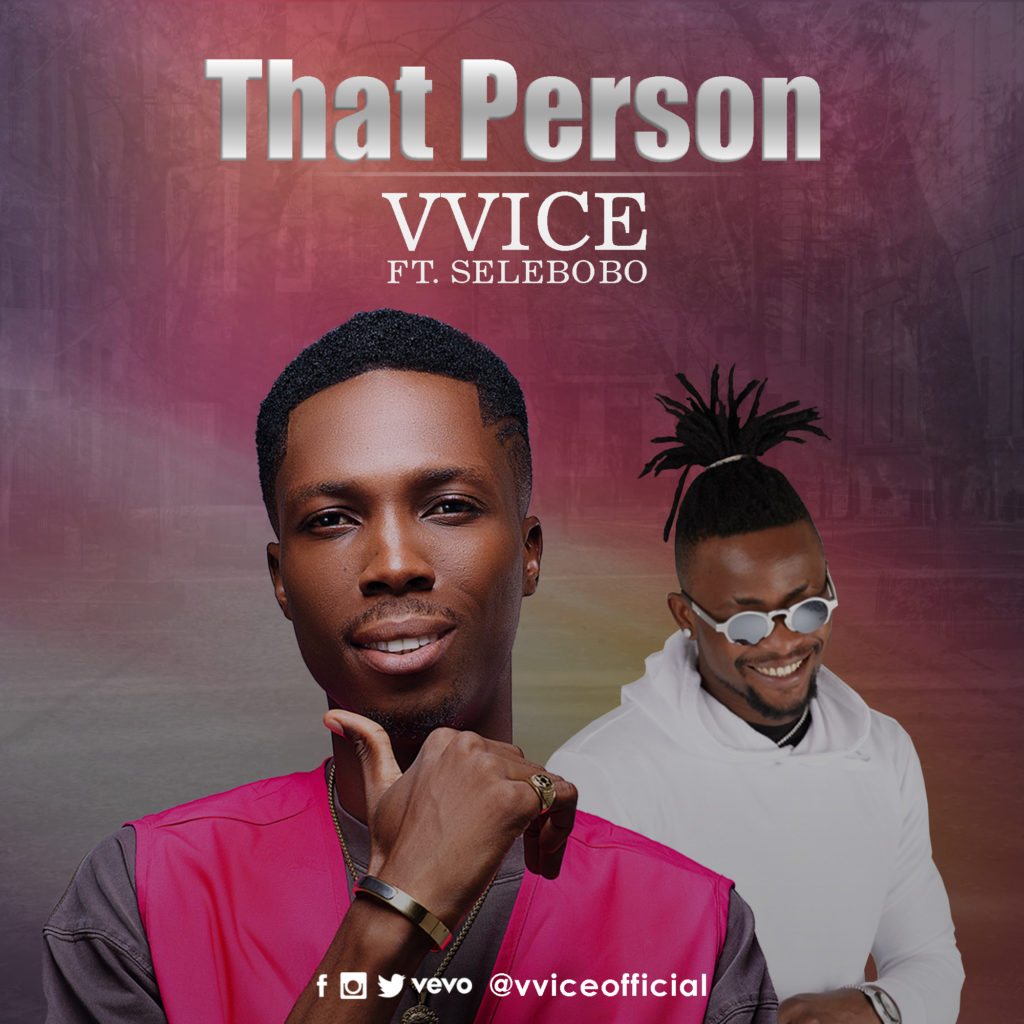 Afrobeat simplicity is what VVICE is all about. Born Randy Allotey, afrobeat freshman, VVICE teams up with superb Nigerian artist/producer,  SELEBOBO on his first official single in 2018  and the song is titled ‘That Person’.
That Person  was produced by Insane Chips & NytWulf and  mixed and mastered by the awesome Mixmonsta.
you can connect with him on his social media via Twitter : @vviceofficial IG: @vviceofficial .
Kindly download and share.
DOWNLOAD MP3