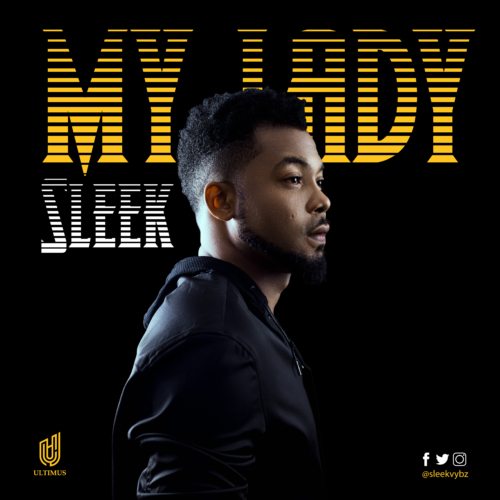 Steven Iyere, profoundly called by his stage name Sleek premieres his debut single barely two weeks after he was unveiled by Ultimus Entertainment as one of the label’s new signee.

Releasing his first single titled ‘My Lady’ under respected entertainment company, Ultimus, marks the beginning of his artistic journey, which the label already mapped out for the amazing talent.

‘My Lady’ is a love song with smooth and attractive storyline that listeners will definitely get addicted to. According to Sleek, the song ‘My Lady’ “reminds you of how you feel when you fall in love. It sets your heart in motion to bring back the memories.”

Sleek on ‘My Lady’ proves his capability of delivering tunefully on live instrumentals and other classical musical instruments like trumpet, drums and other strings which serves as armour for the song.

Sleek is a graduate of Covenant University where he studied Psychology, he has also been a recording and performing artiste since he was an undergraduate of the reputable higher institution.

The resonant singer who has worked with various producers likes Flytice, Del B, Nay Palm, Dr Frabz, Spellz, Puffy Tee, to mention a few, is also a songwriter, composer and vast in song arrangements.

Listen to ‘My Lady’ and ENJOY!

The post [Song] Sleek – “My Lady” appeared first on tooXclusive.