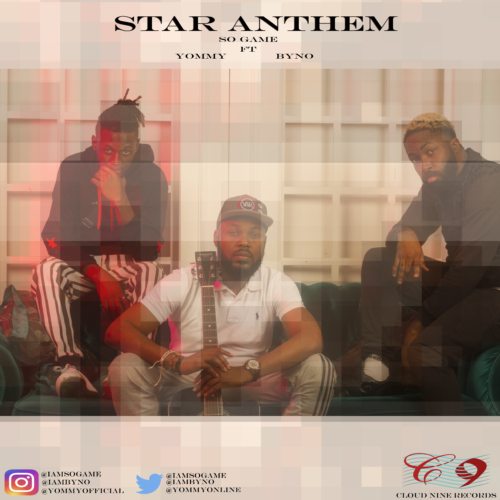 Cloud Nine Records is definitely a force to reckon with as the label drops a new single by another act on it’s roaster “So Game”. Game teams up with Byno and label mate Yommy in a masterpiece titled “Star Anthem”.

This is an inspiring song that captures our struggles and quest for success and it simply advocates that there is a star in every one of us, rich or poor. It has a lot of soul in it, with lyrics that are easy to relate to.

The song was Co Produced by “Emmashyne” and “Snow Ezy”. Mixed and Mastered by “Brain Mix”.