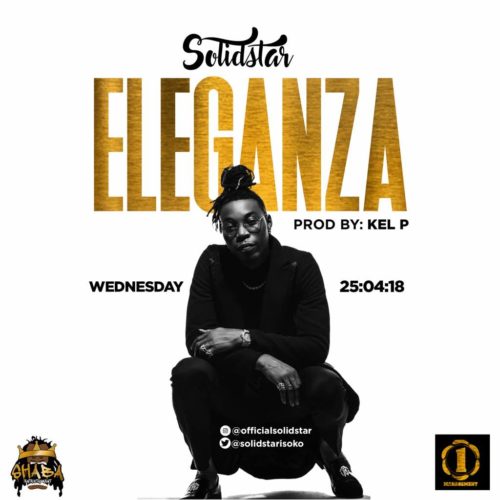 Solid Star is back with a banger, song titled ELEGANZA. Eleganza is a mid tempo jam you can always groove to. The new song which is quite captivating is produced by the talented Kel P.
On this one, Solidstar showcases how talented he could be as he delivers with top notch mastery on the track. The vocals are quite soothing and could turn any lady on.
Eleganza is released under Solidstar’s led music imprint, Shaba Entertainment.
Download and enjoy. Also, don’t forget to share your thoughts in the comment session below

Kill em’ with the groove (Eleganza)x5

Baby let the rhythm control you

Pull up that thing on me