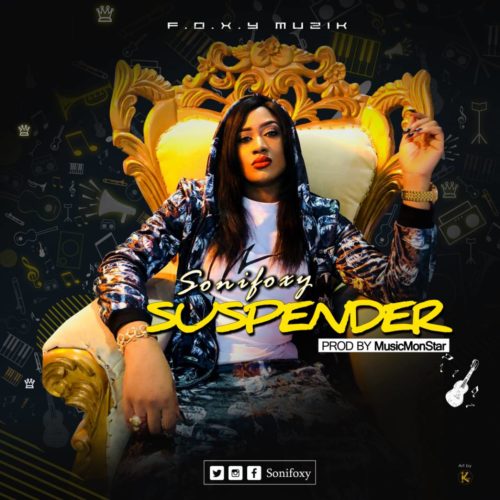 Nwankwo Sonia AKA SONIFOXY  hails from Abagana in Njikoka LGA Of Anambra State. She was born in Minna Niger State. Graduated from The University of Abuja, Gwagwalada Abuja. Sonifoxy is a BS.c Degree holder in Sociology.
Notwithstanding what she read in School she has decided to go back to her first real Passion , which is Entertainment. She has been a Nollywood Actor Since 2011 And has featured in Most home movies. She is Based in Lagos State.
As a fast rising Star she is out Like a Storm to Take over the Music Industry and make the best out of it . She has a lot to offer but first of all listen to this Dope Single of hers SUSPENDER . Connect on Social Media: @SONIFOXY