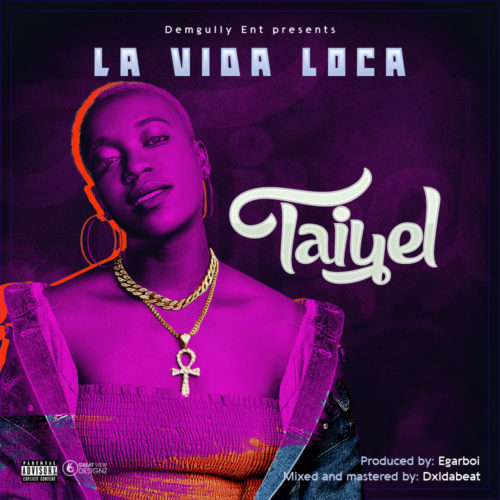 Fast rising Nigerian Female multi-talented US based Afropop sensation – Taiyel unleashes the much awaited single “La Vida Loca” from the stables of DemGully Entertainment. Since emerging into the music scene, the Rap/Afro Hip Hop/Reggae phenom has garnered the attention of hip-hop aficionados and music execs alike.

Developing a style of her own, Taiyel’s Witty, fun and edgy delivery alongside a quirky flair has attracted an international and local fan base. Taiyel has managed to capture the culture of her generation through her music. Her lyricism acts as a breath of fresh air amongst the realms of mainstream Afrobeat. Taiyel has succeeded in constructing a delivery that is distinctive to her alone. “La Vida Loca” is produced by Egarboi, mixed and mastered by Dxldabeat which promises to rock airwaves nationwide. “La Vida Loca” is available on all digital platforms for streaming and download. Listen, enjoy and share your thoughts below