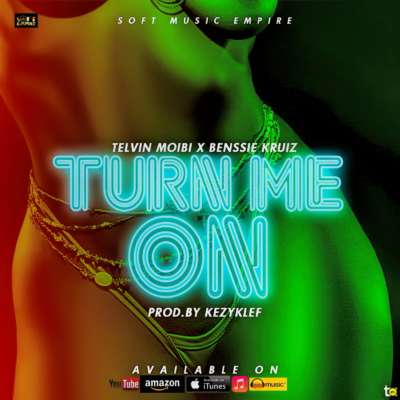 The 21 year old Afro-pop, RnB singer “Telvin Moibi” who took the world by storm last November with his two singles ‘Ishe’ and ‘African Dance’ has released yet another ‘Gbedu’ you can best describe as Club banger .
A new wave of good music; another young talented act from the heart of Lagos mainland. He hails from the Western part of Nigeria.
Telvin has once again proven to the world with this new song “TURN ME ON” which features yet another great talent ‘Benssie Kruiz’ that he’s right on his way to becoming Africa’s king of pop.
The combination of magic, talent and inspiration his voice emits is so breathtaking that you can’t deny he’s got an enormous future lying ahead of him in the music industry.
Telvin and Benssie are presently in a music group known us Soft Music Empire
This new single “TURN ME ON” describes their passion to groove and dance, and their love for the ladies. It was produced by the renowned African Producer “KEZYKLEF” @SoftMusicEmpire
Stream, Download & Share