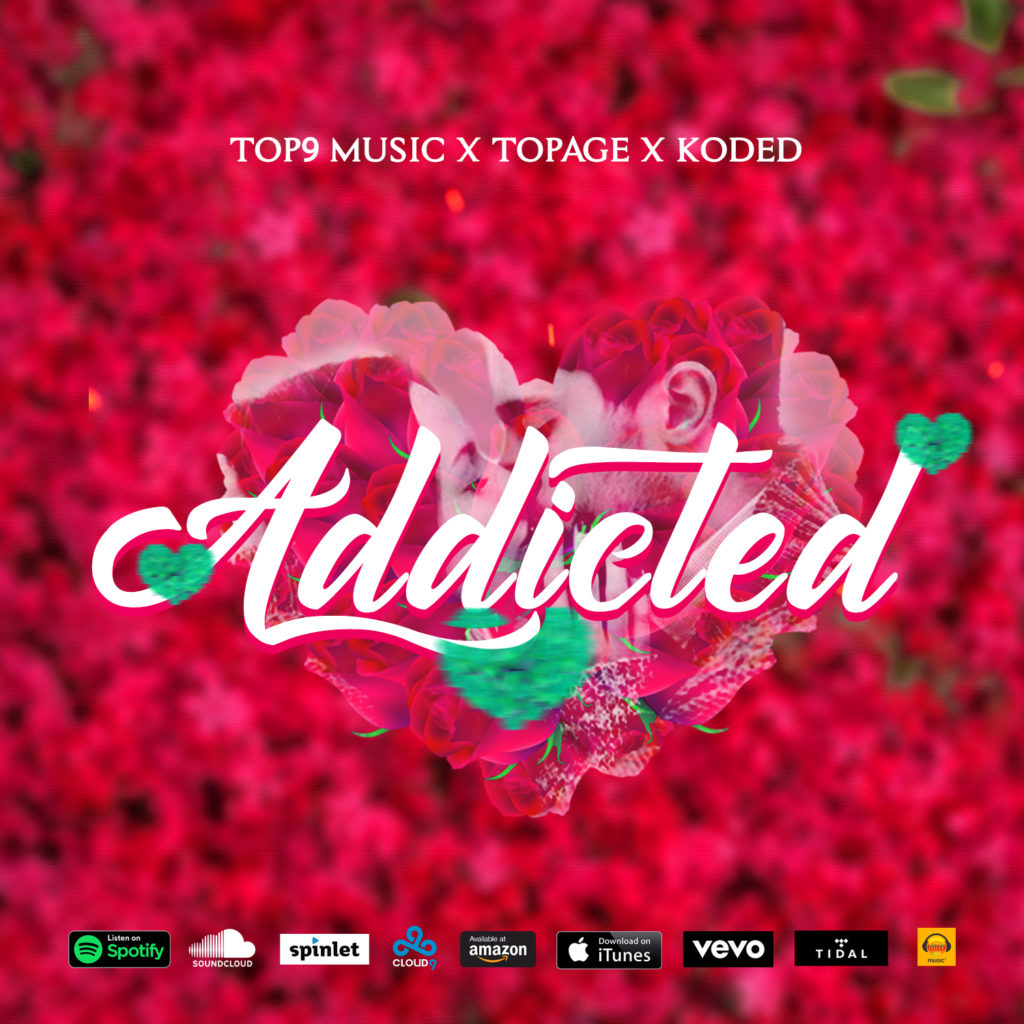 ADDICTED is a song full of vibes and abundant with melodies from the Top9 team ,TopAge the SOP RECORDS official producer & KODED ARTIST UNDER TOP9 MUSIC management.

The new Star team song is styled after there recently released song, Love By TopAge & Honey By Koded, which bears soft teasing lines and rhyming slang as its pop elements.

Its a song that probably has been in your face for a while, with the updates on our social media accounts and now that it has been made available,it sounds very much worth the wait and deserving of every atom of the hype song prod By TopAge.