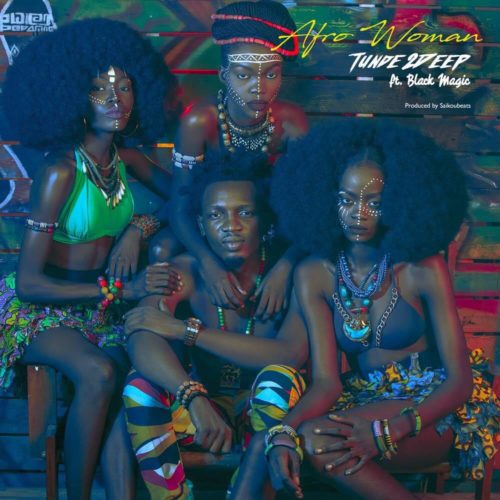 Tunde 2deep returns with yet another remarkable song Inspired by the Late Fela and Bob Marley, Tunde 2deep has been able to create a perfect blend of Afro and Reggae mixing it with the new wave to create something truly outstanding.
He has surpassed many in his pursuit of pushing the limits and boundaries of what
music has to offer. Produced by himself, “Saikou beats” – which is his production name , features Black Magic in this new outstanding song titled “Afro Woman”. An unexpected and surprisingly enjoyable collaboration between the two artistes. The African aura revolves around not only his music but also his style as he can be said
to be an Afro Rasta with this brand new single.

Demonstrating intensity, passion, and positive reinforcement, the moving culture of Afro beat has a special place for an architect like Tunde 2deep.