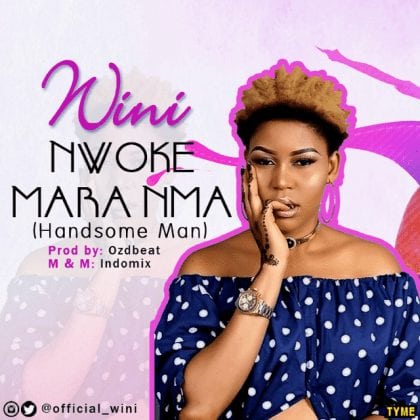 Smash9ja Promotions Presents Fast Rising Artiste Wini, full names Winifred Okorie.
Wini hails from Arochukwu in Abia State, She is a singer/rapper which makes her versatile.
Wini released her first debut single titled Jue’esem which means “ask about me” which she received massive response and lots of fans, after that she has dropped few more singles that made waves, now here comes Nwoke Mara Nma which means “handsome man” a love song you will love to listen to, a long anticipated song.