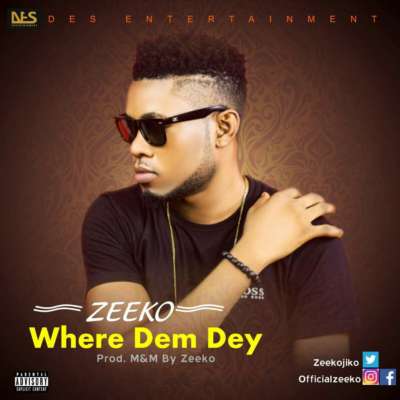 Des Entertainment releases the first 2018 song of their No. 1 music act, Zeeko.

This one is titled “Where Dem Dey?”

A song of victory and triumph after much hustle.

After “Make Am”, with fine catchy lyrical content, Zeeko just proved to be one of the most improving talents in the music industry through this song.