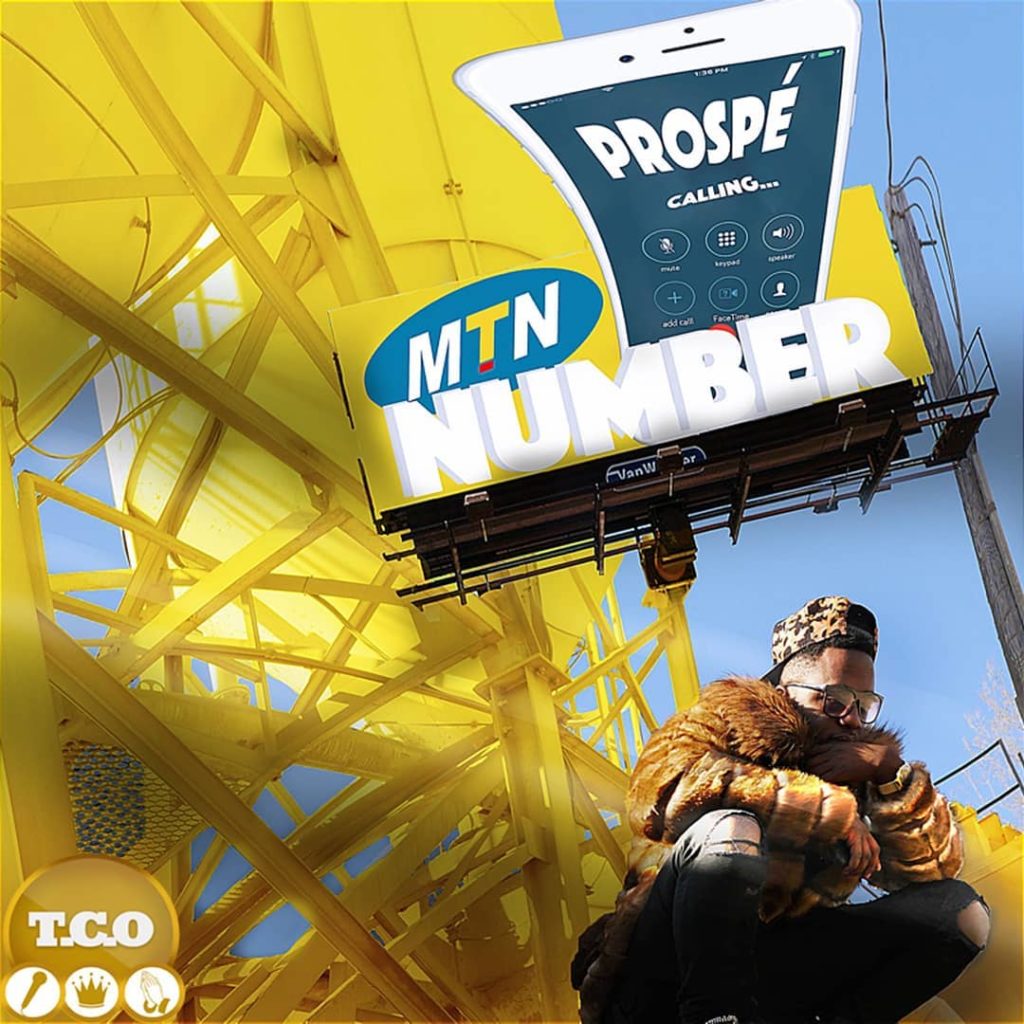 Prospè is one of the most sought after burgeoning star in his home country, Cameroon. To further enrich his craft and gain more recognition,Prospè decided to target the larger part of the world with his new corporate music, ‘MTN Number’.

MTN is a South Africa-based multinational mobile telecommunications company, operating in many African, European and Asian countries, with millions of subscribers across its operations.

Prospè’s latest hit music, ‘MTN Number’ is a song that will attract attentions at first listen, not only because it’s titled after a giant telecommunications company, but also, it’s addictive beat, dynamic flows and rhythmic patterns used to make the song more lively and entertaining.

Rapping with his African/Cameroonian tongue, Prospè delivers stunning visuals to make his lyrics more comprehendible for listeners and viewers. This new music packaged by T.C.O music, will surely expand Prospè’s large fan base in Cameroon and other parts of world.

Prospè, on ‘MTN Number’, undoubtedly proves himself as a marketable artiste and a force to reckon with in African hip-hop music. Listen, watch, enjoy and follow @iamprospe on social media to keep up with his activities.