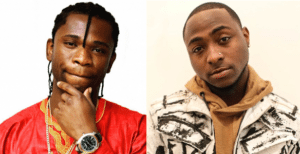 Controversial singer and self-acclaimed ‘Energy God”, Speed Darlington has condemned Davido for claiming to have the sum of 30 Billion in his account.

The US-based singer made an attempt to discredit the claim that Davido owns a private jet. He urged his followers not to be gullible, advising them against “worshiping” Davido.

“This guy always announcing *30 Billion* for the account. But never mention naira. Slow people think his talking dollars which means his richer than TRUMP? Yeah right. Anyways, look at this picture you will see a white person there between the 2 red dots. Which means there are other passengers onboard too. Dose TRUE Billionaire share jet? No!”. 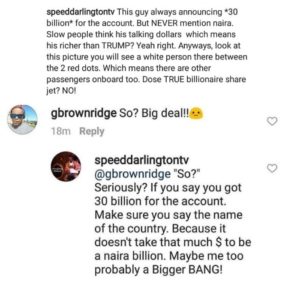