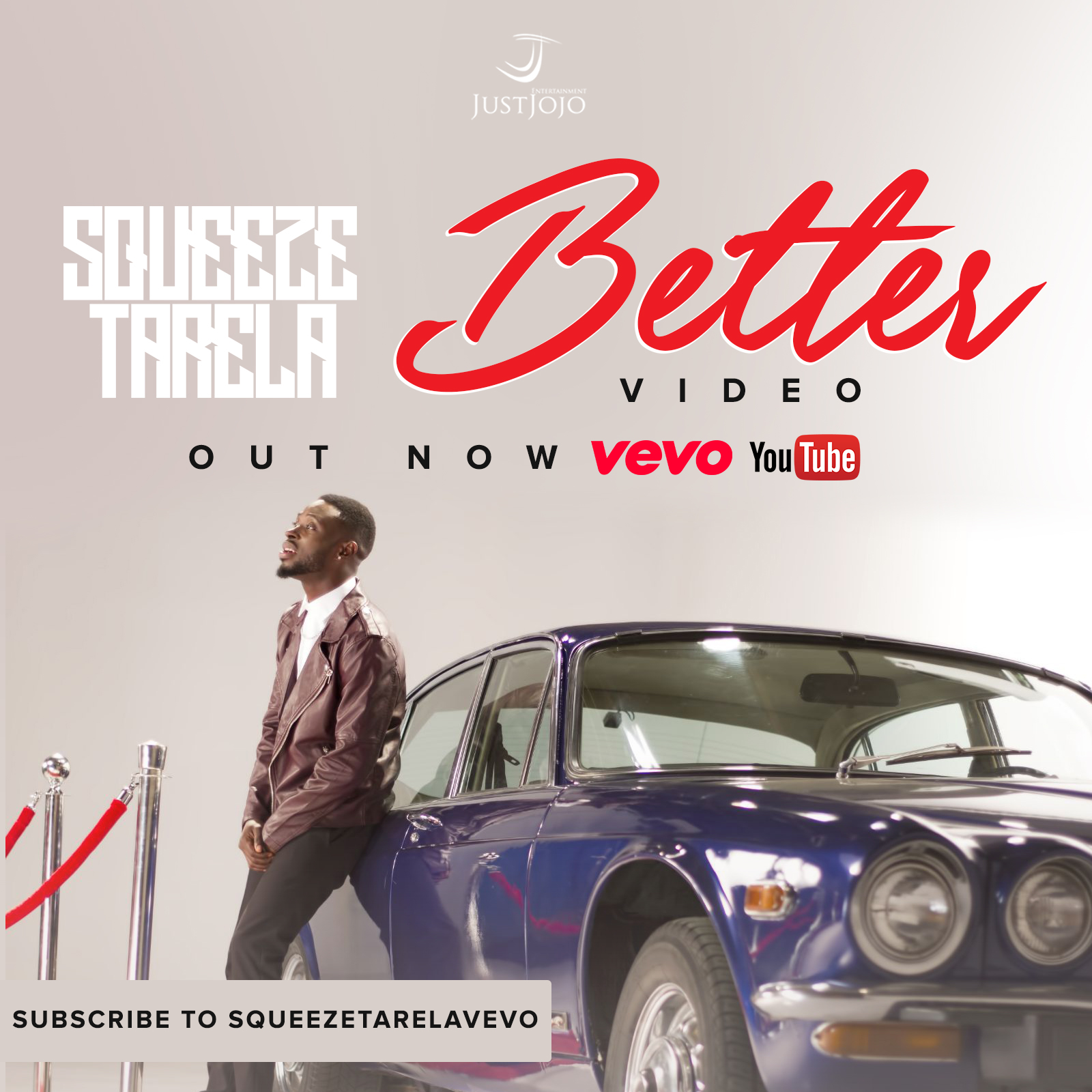 Next rated music star Squeeze Tarela finally premieres the hotly anticipated music video for his hit single “Better”. The JayPaulBeatz produced track which was released late 2017, has gone to become a popular tune, gaining massive airplay across numerous radio stations across the continent and is poised to be an early contender of 2018’s biggest tracks.

The song which carries a prayerful message is brought to life by an expressive and colourful visual interpretation directed by Paul Gambit. Tarela first caught major attention with his contemporary dancehall numbers “Hottest Thing” and “Bend”, and now he cements his position with a grand follow-up in “Better”. Enjoy and follow Squeeze Tarela a.k.a Record Killa on social media via @isqueezetarela.