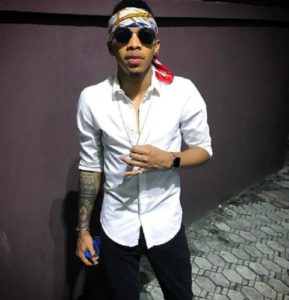 According to multiple sources, the signer signed a recording deal with the International music giants. It was said that he signed deal with the hope of using their backing to grow his brand and ease his penetration into music markets outside the shores of Africa.

Before this deal, the Jogodo singer had achieved some level of success in his march towards the global music community. In 2017, he signed a mouth-watering deal with highly placed music investors, Sony Music. He also made a major move by meeting with Canadian rapper and one of the biggest music stars in the world, Drake; a move that is rumored to be the start of a relationship that would result in collaborations between the two music stars from different ends of the pole.

Tekno is in a good place with the new International deal (with Universal Music Group & Island Records). The singer was excited to break the news on Instagram. He put up a post that captures scenes from the meeting where the deal was signed.