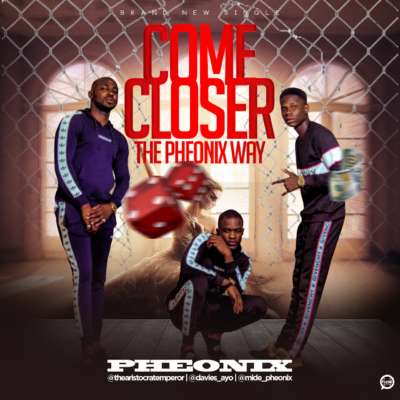 The new King(s) of new school music THE PHOENIX , a band consisting of three musicians The Aristocrat, Mide and Davies Ayo currently signed to TRAME records yet again delivers a smashing cover to Wizkid ft Drake Come CLOSER  prod by @finnibeatz and mixed by @hit_sounds which has never been done before.

This dynamic trio delivered a perfect blend of rap, TRAP, Afro beat and RnB. The  Phoenix are bringing new sounds to the Nigerian Music Industry and promise to produce more and more good sounds which we can’t wait to listen. You could also download the LYRIC STUDIO video and also the audio below.