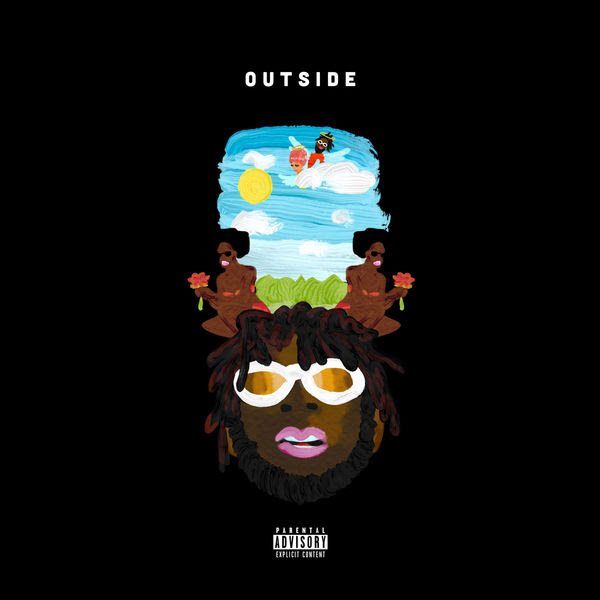 I’ve heard someone say ‘there’s a difference between underrated and hasn’t made it.’ It didn’t make much sense to me till the topic of Burna Boy came up. I mean, it’s hard to explain how an established artiste, whose brilliance is widely acknowledged, still struggles to get the rating he deserves.

Like when you interview a group of 10 music lovers and about 8 of them raves about Burna Boy but no one picks him as their fave. I’ve heard people say he is underrated. I’ve heard them refer to him as under-appreciated. I think a lot of people know enough about his brilliance, but they’d rather have his music as an alternative to their favourite pop sounds and I take this as a premise to imagine that we do not deserve him, if there’s even anything like that.

Burna Boy has always been an outlier, an artiste who defied the industry norms with his genre-establishing song, ‘Like To Party’. He came as a new intake with his own set of rules but from time to time his non-conformist character finds controversies for him. Today, he is seen as the sour-loser who walks out of award ceremonies, tomorrow he is in the news for sponsoring an attack on another colleague, but he usually wins back some portion of love and sympathy with his singing as he freely explores different genres to define his craft.

For Burna Boy, it’s been a hard struggle between character and talent. Sometimes I imagine that his mind hosts tug-of-war between angels and demons, leaving us with a bitter-sweet taste of his artistry. So on the ‘Outside’ album, I was hoping that more of his brilliance would manifest with little or no character blemish at all. The rush of Koni Baje, Sekkle Down, Streets of Africa as lead-ins, got me all skeptical & shii but the release of the Lily Allen-assisted Heaven’s Gate held promise of a coming sensation even though I still heard someone refer to him as “by-force by-force Fela.”

Outside dropped as scheduled and although More Life is the first track on the album track list, PH City Vibration sets it off for me, with a reflective mood. Listening to Burna Boy sing about his origin, his formative experiences and the influence of the oil-rich city, made me feel like I knew all about him but it was on Where I’m From that he really embraced his PH-boy identity as he sings about how the ‘glocs’ and police raids made him tougher than “steel and copper.” He might have left an explanation on why he appears like a daredevil when he said ‘where me come from make you turn animal.’

Ye woke the ‘Oluwa Burna’ that bears the title ‘master of vibe’. On the song he sings about his drive and ambition. The song carries a get-it-at-all-cost theme and Oluwa Burna took a cut from Fela’s Sorrow, Tears & Blood to drive his point home. It’s a song for the dream chasers, the hustlers, the ‘woke ones’. He keeps the vibe alive on Giddem but instead of singing about the hustle, he is in the mood to showoff to the girl(s) but the line, ‘remember nothing for this life na accidental,’ left an impression on me.

The album takes different shades on tracks like Rock Your Body and Calm Down, Burna Boy seems to be pouring his mind but it requires an extra effort to understand him. On ‘Calm Down’ he sings about his fears and struggles but ‘Rock Your Body’ is a let-loose party jam. The album, Outside gets a fitting curtain-closer with the song, Outside on which Burna Boy leaves you, his listener, a friendly-advice to “watch how you move outside.”

It’s hard to place the Outside album under one genre class because of the high degree of diversity injected in the album. It is only fitting to call it alternative music since it’s different from what is commonly heard around here, even though it carries a pervasive blend of Reggae, dance hall and soulful music. Burna Boy doesn’t even seem like he wants to be bothered about genre. He just wants to channel his emotions to make songs and turn his feelings as the raw material for making vibe. That’s why I’d understand if someone calls Burna Boy’s music, “vibe music” because vibe isn’t restricted to language, sound or lyrics. It’s just music and that’s what Burna Boy achieved on this album. He made good music that makes him fulfilled and he hopes you’d enjoy it and even if you don’t – you’d be fine.

The Outside album could easily have been presented as the ‘Sound From The Other (African) Side’, at least it tells more of the realities of the life of an African man than SFTOS did. I expect the album to receive critical acclaim but the commercial reception of the album might still have to bow to the jinx (for the same reason Nigerians would rather purchase SFTOS than the almost perfect Simisola album). I’m proud of Burna Boy and I now have a response for the guy who referred to him as “by-force by-force Fela.” My response would be something like Chimamanda Adiche’s response to the French journalist who recently asked if there are bookshops in Nigeria – *sighs

The post This Is The Original Sounds From The Other Side! – Burna Boy “Outside” Album Review appeared first on tooXclusive.

Share the post "This Is The Original Sounds From The Other Side! – Burna Boy “Outside” Album Review"