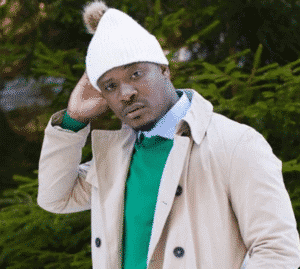 It was earlier reported that SARS officers disrupted the 32nd birthday party of singer, Jaywon, last night, at Lekki, Lagos state. The story has since been spreading, with a suggestive video, shared by Ruggedman and MC Makopolo, fueling its spread. However, Jaywon has come out to say that the story is false.

LIB reports that Derek, one of the managers of the Jaywon, said the video making the rounds on social media is actually not the true picture,.

The report detailed Derek’s narrative on the issue. Derek was quoted to have said that, “a guest at the party got drunk and was misbehaving outside the singer’s premises. Members of the estate who were uncomfortable with the noise the drunk guest was making alerted the estate security who in turn alerted SARS officers to take the drunk guest out of their estate. Jaywon came out and was able to mediate in the matter. He took his drunk guest back into his compound.”

The video shared by Ruggedman and MC Makopolo to fuel the initial story about the ‘sad’ involvement of SARS officers in the ruckus that happened at Jaywon’s birthday party, had been viewed by a lot of people on social media before the corrective statement from Jaywon’s management.

THIS IS DOMESTIC TERRORISM. CALL SARS TO ORDER BEFORE THEY START A NATIONWIDE CATASTROPHIC UNREST. Sars now go into private estates without warrants to unlawfully arrest innocent people. Emeka @ezzyplanettv a tv presenter/producer with Planetradiotv was almost kidnapped by sars officials at @jaywonjuwonlo birthday party yesterday in his house. If not for the timely intervention of the celebrant and other bold people. WE NEED TO STAND UP FOR EACH OTHER TO STAND AGAINST BAD EGGS IN SARS. @nigeriapoliceforce @nigeriaonlinepolice @policenglagos @aleeygiwa @segalink @iheanachorifeanyiomuta @opetodolapo @chikeotigodwin #endpolicebrutalitynow #endpolicecorruption #Reformsars

The post This Is What SARS Officers Actually Did…. – Jaywon || WATCH appeared first on TooXclusive.