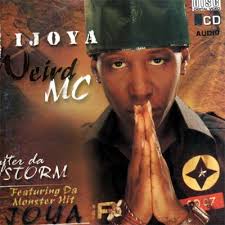 On today’s Throwback, we present Weird Mc’s Ijoya. Weird Mc is a Nigerian rapper, songwriter, and producer, known for her English/Yoruba lyrics.

Ijoya is off Weird Mc’s 2006 second album, After Da Storm. The Don Jazzy and JJC produced single “Ijoya” was a massive success, earning her an AMEN award for Most Pop Song, and a Channel O Music Video Award for Best Special Effect.

Lets go down memory lane and vibe to this one!