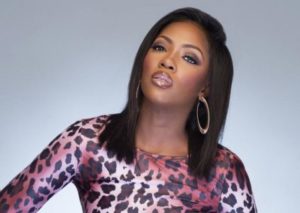 Few days ago via his social media page, social media influence and music exec Bizzle who happens to be the other half of the “The Plug”, management for Davido posted a video of Cardi B talking about her sacrifices and all back then in 2014, Soundcity reports. He used the caption;

“Nigerian artist don’t do showcase in UK or US, everyone is fully blown. They don’t know their blowing is just in the African community. If u need to expand your fan base, you need make sacrifices and investment.”

His post forced a reaction from some of the industry figures including Tiwa Savage who called on Bizzle to encourage hard working Nigerian acts rather than criticize them, she went on to reject the idea that Nigerian acts do not invests enough into their music stating that Nigerian musicians put in enough effort in the area of promotionals. She went on to call on industry key figures to foster unionism amongst each other rather than cause division.

Artiste manager and former manager to MI Abaga, Agwu Obinna had this to say also;
“As a manager or record label exec, NEVER invest on an artiste who hasn’t spent their own money on their career. It’s just a certain level of understanding people like that lack. Even if they blow up, they’re going to go right down cos they can’t value what it takes to blow up and there’s not going to be any continuity. I’ve seen rich musicians in this country who own the biggest cars and have home studios worth 300k. Big musicians who can’t have a personal DJ so they can deliver a smoother on stage experience. Big artistes who don’t wanna work with Sarz or Jazzy or Cobhams because these guys charge you top dollar, they prefer the new kids who end up giving them some basic stuff. I could go on and on. Bizzle definitely has a point and a very valid one at that. I mean, we have rich wack musicians in this country who don’t wanna pay a songwriter or buy songs. They always wanna play safe. That’s boring!”

One of the industries prominent DJs, DJ Soupamodel said, “@pepperest @joytongo @toksvisions @djdeemoney @bizzleo1 @tiwasavage @humbleprinceolu Until we see this as a ONE FOR ALL, ALL FOR ONE standard, we just might be drawing ourselves back. ALL. Yes, they are playing our music sparsely, but it could be x10. Most people can’t put a face to the artist behind the music. But then again, maybe we shouldnt force what’s not there. Promoters dont go broke. Artists don’t bulge on fees. Djs don’t spin. Industry experts: stop advising. Where does that leave the genre? Or should i say, where does it leave the artists that want to cross over? One non african dj support is a drop in the sea in comparison to hundreds of djs spinning that record every night. Djs still have jobs regardless of the genre they spin. Promoters still have their nights packed regardless of showcases. Where does that leave the artist? But we all want to see US WIN. I wanna see my PEOPLE performing at the FREAKING GRAMMYS! Maybe we all just need a conference. Nigerian award shows tying in panels for us to build these blocks together. All these comments aint a fight. It just shows how passionate we all are for the culture. BUT when building something, EVERYONE should be ready to take a hit. In summary: everyone needs to compromise. UNITY.”

Popular Entertainment Lawyer, Ms Uduak; “I have been saying this for a while.”

OPINION PIECE: “For those Artists that started from the bottom and invested personal money on their music career before getting signed to labels will understand more. Growing a fan base takes alot of hardwork, sacrifice and dedication to achieve. Now as an African superstar with huge fanbase in Africa and a vision to break other boundaries, just have it at the back of your mind that you are new to that market and a lot of sacrifice has to go down if you don’t have a strong backing from any distribution or international management company to help you penetrate those areas. As an independent Artist with strong financial backing all u need to do Is make contacts with key people in the Entertainment industry over there, go into an agreement of strategic positioning and brand exposure and push your brands, mind you, you must be ready to play free shows in order to showcase or introduce your Artistry to a new market just like the way the upcoming Artist do over here… But Nigerian Artist will carry their over bloated ego to another man’s land and be charging ridiculous fees bcos they are superstars in Africa forgetting they need to market their brand …. @bizzleo1 the music industry is evolving and I believe we are getting there soon but a lot of our Artists needs proper ORIENTATION..”

Show Promoter, Joy Tongo; “@toksvisions @tiwasavage This so called Nigerian or African tour you talking about has helped Nigerian and African music spread among other communities. The little things count! Now they play Nigerian and some African music in the US club! Is all steps ! And they are getting there . It takes a lot to get the artist where they are today ! They have paid their dues in their country. What CardiB did is what Nigerian artist have done in Their country and more ! CardiB started as a US artist not a Puerto Rican artist! Nigerian artist are doing the right thing and gradually growing from their country into the US just the way the Jamaican music was back in the days. Shout out to all the Nigerian /African artist , Promoters , DJ and agent ! Is all a collaborative effort. It is a gradual process.”