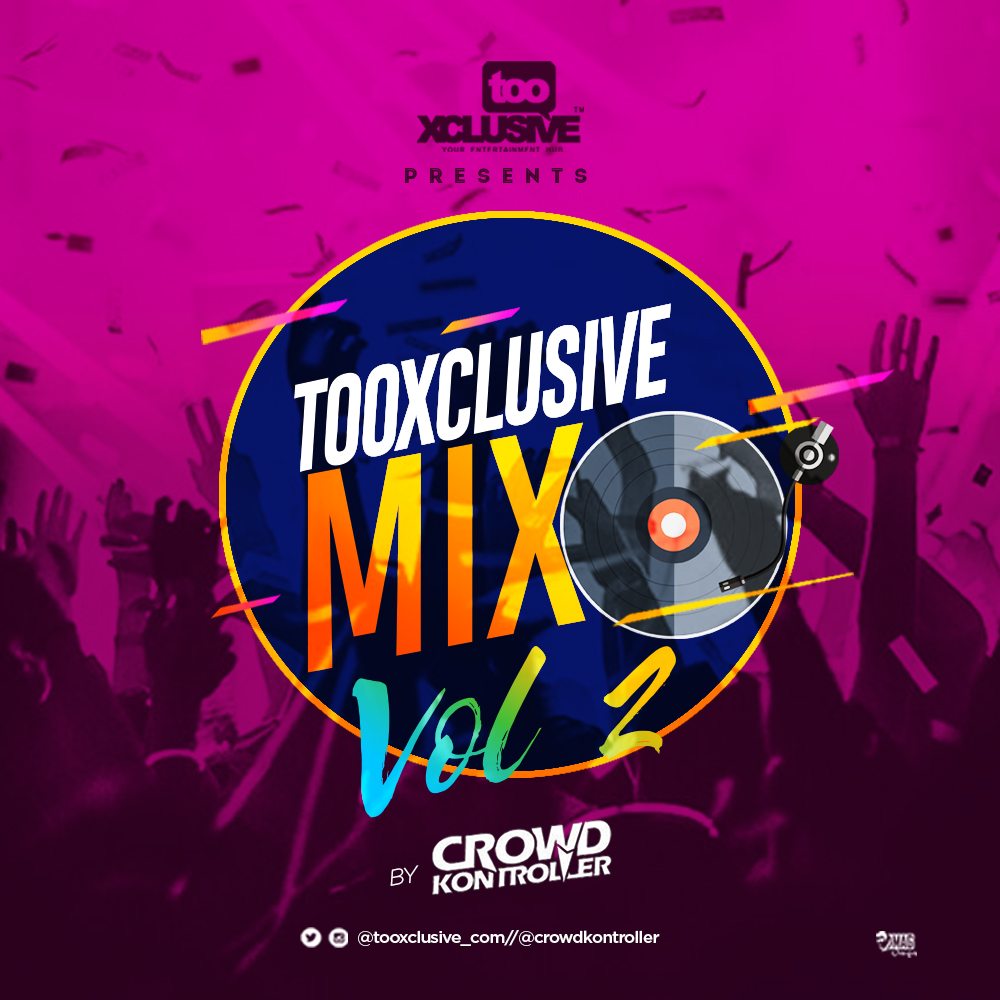 TooXclusive and premium disc jockey, DJ Crowd Kontroller are out now with second volume of the official monthly TooXclusive mixtape for the year 2018.

The excitement this moment is for TripleMG flagship act, Tekno, who is back on music form with the release of his latest single Jogodo. Hopes are that he will be ruling the airwaves again like he once did before. Still in hot and high demand is the ‘shaku shaku’ wave. The vibe is so strong that newer songs being released time in-time out do not mind jostling for a spot to plug in on this frenzy that has garnered to a continental rep.

The TooXclusive Mix Vol. 2 is available for download using the link below, and you can also check out the musical selection in the tracklist cover after the cut. 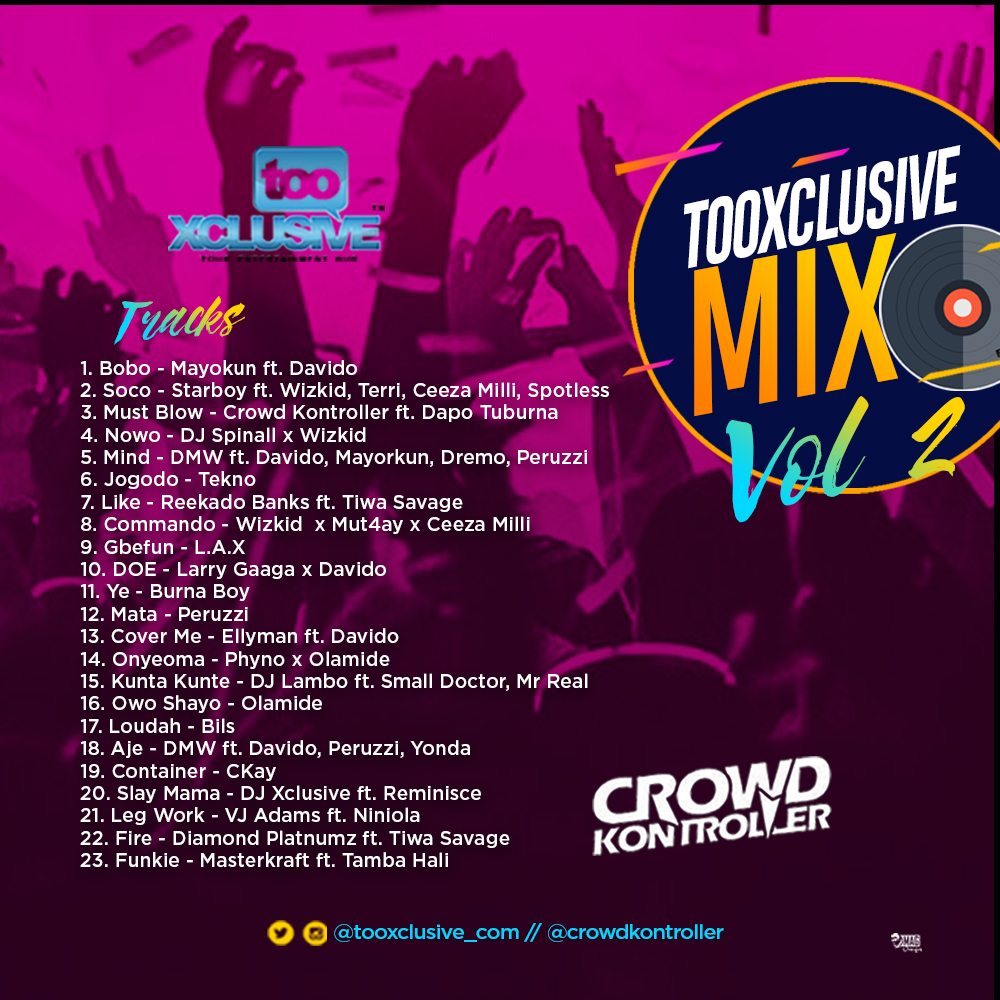