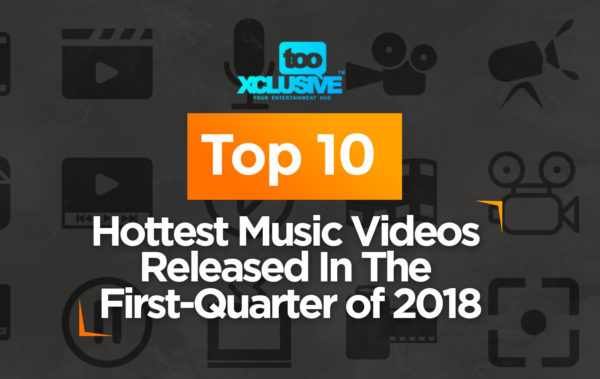 Music videos are like the best thing to have happened to mankind. Sometimes you hear certain songs and you just get lost in thought; imagining and wondering what it will look like if it were to be made into a visual spectacle. Singers like Wizkid, Davido, Tiwa Savage, Maleek Berry, Niniola and Ajebutter22 have established their knack for bringing some of the best videos to life from their musical sounds and lyrics.

TooXclusive has collaborated with Naija-American media personality, Tolani Baj, to curate a playlist of the hottest music videos released within the first-quarter period of the year 2018.

The list contains the music videos to some songs already released by your favourite superstars, I can bet you’ve started making correct guesses already. However, if any video you thought should have been listed but didn’t get mentioned, no vex for us as we were constrained to a shortlist of just 10 music video.

Kindly watch the video below and also comment those other videos you thought should have made the list. Please no fighting, no cussing anybody out, and definitely no swearing. Let’s have some cool fun!

Also see below the full top 10 list of music videos for the first-quarter of 2018.

The post Top 10 Hottest Music Videos Released In The First-Quarter Of 2018 appeared first on TooXclusive.