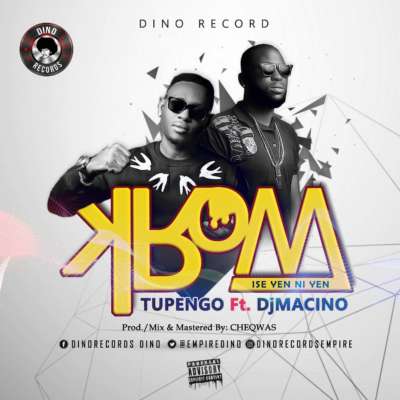 Dino Records signee Tupengo is here with his first official Single for the year titled “Work” teaming up with the label DJ. Dj Macino in this new hit single. Tupengo who has worked with so many artist promise his fans to expect more hit singles later this year. Song Produced by Cheqwas. And co produced by the Dino himself is an expression of the Afro Hip Hop culture.

With an electrifying energy embedded  Album forte coming by the end of the year the Label has unleashed this new single from Tupengo ft Dj Macino as a starter for fans to embrace.