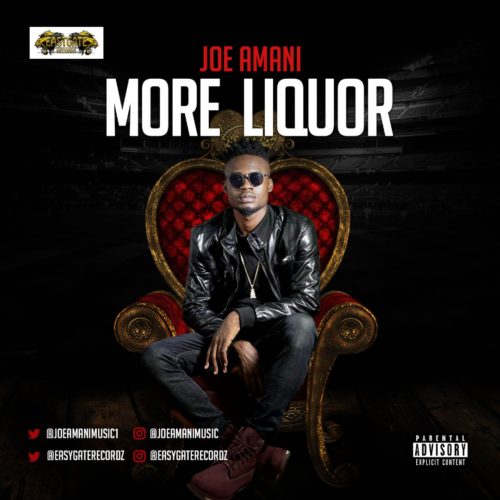 Joseph Chukwuemeka Ugwuegbulam popularly known as  “Joe Amani” is set for the release of his 4th video on his smashing hit song Titled “More Liquor”.

The super talented Raper, Singer and Song writer who hails from Imo state is Currently signed to Eastgate Records. The label took its time to create this masterpiece that was recorded,mixed and mastered at its state of the art studio in Lagos and he promises to deliver more classic tunes in the course of this year.

Joe Amani is a graduate of Electrical Electronic Engineering, he currently has four singles and four videos which is enjoying massive airplay on radio and Tv across the country.He got signed to Eastgate in 2017 and in the same year he won the Nigeria Achievers award. Follow: @Eastgaterecords @joeamanimusic1