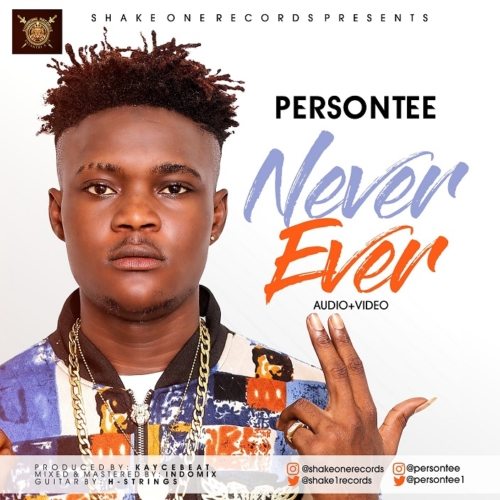 After the release of Say Persontee (PT) signed a record deal with Shake One Records (S1R ), a Nigerian UK based record label.

Persontee (PT) with real names Oluwatobiloba Taiwo hails from Osun State. Persontee (PT) is a versatile recording and performing artist with Afro-pop sound and he drops the first official single and also visuals to Never Ever Produced by Kaycebeat, Mixed and mastered by Indomix, Guitar by H-strings and Video directed by DR Nell. Download and Enjoy!