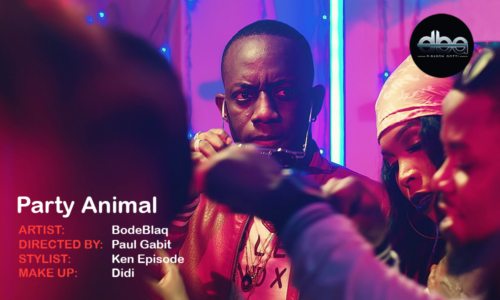 The first of many potential Bode blaq releases colorful and party themed video to his groovy track “Party Animal”.
Given the current climate of the pop music on the street and its South African influence. Bode blaq aptly play the role of an unapologetic party freak in this video.
This visual for PARTY ANIMAL, a well curated video concept and story line directed by the prolific video director Paul Gambit, the video was about a Party Animal confessing his sins to the Priest who happened to be a party animal as well.
Also, the visual for Balu by Bodeblaq featuring Wale Turner is in works and will be dropping anytime from now.
Enjoy the Party Animal video for now
Follow BodeBlaq on all social media platforms @iamBodeBlaq for more update on his latest releases and other projects.