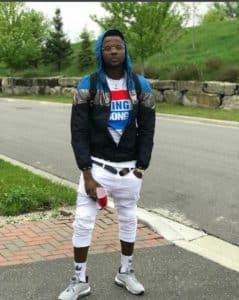 We have every reason to believe that Harrysong‘s new music release, Selense, is the next Arabanko – the 2017 hit single with which Harrysong addressed some volatile industry topics. However on this new release, which features Kizz Daniel and Reekado Banks, Kizz Daniel does most of the controversy addressing. He sang about his alleged relationship with Chidinma and the viral story about him wearing a fake Louis Vuitton outfit.