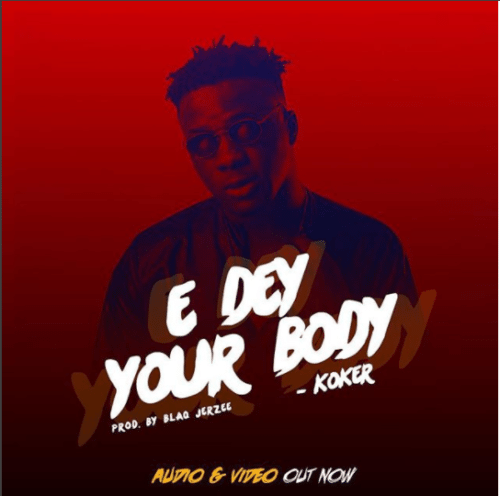 After his November 2017 single titled Testimony, Afro-pop singer, Olayiwola Olabanji Kokumo, better known as Koker, begins the new year with quite an impressive form as he dishes the record titled E Dey Your Body.

The new record is produced by Blaq Jerzee and it is accompanied by a crisp video which is directed famous Nigerian cinematographer, Adasa Cookey.

Having been off the scene lately, this record might just be the one to skyrocket the act back to charts.