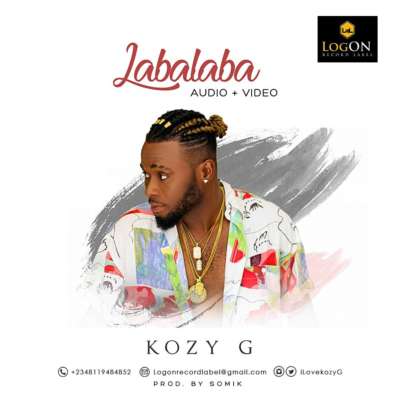 Moses Onyekachi Izuchukwu is a Nigerian Hip hop Artist a.k.a Kozy G  aka The Wonder Boy,  was born on 22nd march 1998. He hails from Afikpo in Ebonyi state Nigeria.
He was raised in Owerri Imo State where he concluded his education. As a matter of fact, he started his music Carrier from a church choir like every other successful artist of our time.
Currently  his signed to  LogOn Record Label owned by ITEPU 1. This single Labalaba was produced by Somik and Kokosa was produced by Hollar from his yet to be released Album titled “Wonder Boy”.
This LABALABA & KOKOSA Crooner  Kozy G is taking afro “music” to a totally different level.
DOWNLOAD: Kozy G –  Labalaba
DOWNLOAD: Kozy G –   Kokosa