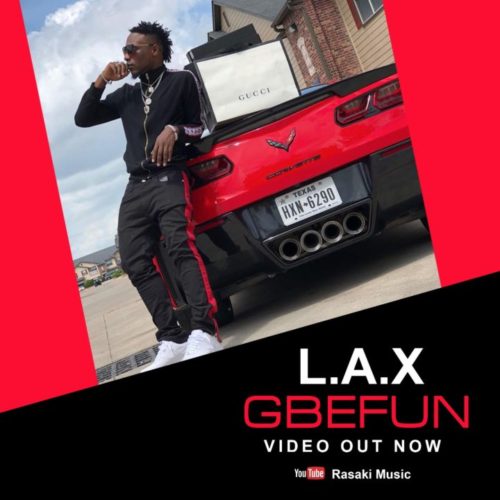 Rasaki Frontline act, L.A.X out with official visual for “Gbefun”

Rasaki front line artiste, L.A.X keeps quite an impressive form from opening up a recording studio to dropping chart popping records. This is absolutely fantastic.

Rasaki has shown that he has no intentions of slowing down This 2018!! After releasing his much anticipated single Gbefun!! LAX is back with the visuals for this smash hit song.

Directed by Emmanuel Otinwa on locations in Houston, Texas.

Enjoy the captivating video below and share your thoughts.