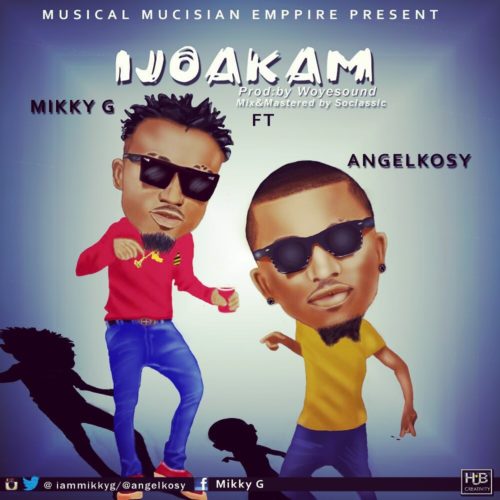 Michael Gideon popularly known as Mikky G is a very versatile artist, he hails from Delta State but based in Lagos, he has done couple of songs which has been trending in the music industry, the song that brought him out in the music industry was “Good Samaritan” featuring Solid Star, he later dropped a song titled “Assurance” which gave him recognition in the music industry.
Now he is back with a banger for his fans, he calls this one “IJO AKAM” featuring ANGELKOSY, he is really prepared to blow the mind of his fans at all time with good sounds, watch his video and understand why he is called MIKKY-G  finally he is thanking all his fans for supporting him to this point.
Get audio below
DOWNLOAD MP3
Follow him on instagram: @iammikkyg on twitter: @mikkyg3 facebook: mikky g mikky g